Benefits Of An Anion Light Bulbs

See for yourself how these amazing Light bulbs clear the air 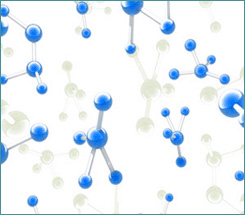 We have all seen the particles floating through a beam of light in a dimly lit room. First thought is how pretty it is, second thought is, “Oh my, I am breathing that in!” The air we breathe indoors is full of floating particles from dust and dead skin to molds, bacteria and other airborne concerns. Anion Negative Ion Light Bulbs provide a solution.

Outside negatively charged ions clean the air. This is why people find the air in the mountains, near beaches and waterfalls so clean, the high number of negative ions per square inch.

What are Negative Ions?

Particles in the air such as dust, molds, bacteria and the like are positively charged. Negatively charged ions in the air, which can be naturally caused by things like lightening, are attracted to the positively charged particles like magnets. Once these two particles collide they are then neutrally charged and fall to the ground where there is no risk of entering our repertory system while breathing. This natural cleaning process works very well especially in areas where there is less pollutants.

However our modern day homes and buildings are designed to be air-tight. This prevents the cleaning process from working. Outside there are more than 2000 negatively charged ions per square inch. Inside however, there is less than 200. It is easy to understand why then we see so much floating around in that beam of light.

What is the Solution?

It is not likely we will go back to living outdoors. Even if we did, the current problems of pollution and contaminates in our air make this solution ineffective. However our Anion Negative Ion Light Bulbs are no ordinary light bulbs. While the light is on it is releasing high levels of negatively charged ions into the air which quickly collide with the positively charged particles and neutralize them letting them fall safely to the floor. This prevents them from entering our respiratory system and protects us from dangerous contaminates, germs, and viruses that could bring us harm.

Notice this demonstration of how quickly and effectively the Anion Negative Ion Light Bulb works. Each light bulb is in a separate chamber. Both chambers are filled with cigarette smoke until the bulb is barely visible. Once the light is turned on in just over 15 seconds the chamber containing the Anion Negative Ion Light bulb is completely clear of smoke. This is due to the negatively charged ions released that collided with the smoke particles, neutralized them, and caused them to drop to the chamber floor.

Imagine those particles carrying  cold and flu viruses, mold spoors, and other dangers, imagine them being neutralized and removed from the air just like you watched in the video.

Benefits Of An Anion Light Bulb

What do I need to do to Use Negative Ion Light Bulbs?

Nothing more than place them into a standard light socket. Putting several throughout your house will immediately begin cleaning the air of unwanted particles, unpleasant odors, and harmful bacteria.